The swimathon marathon has been and gone…and it was a blast! Swimathon offered me a spot as an ambassador and it was right at the peak training period for G24…and as the dates fell for my local pools, I had three weekends to choose from so I signed up for loads and loads; 10 x 5k’s to be precise!

First one was Swansea pool on a Saturday 23rd March, 5k, the Sunday was two sessions back to back, Id rung the pool and asked to swim straight through for 15k; Swansea pool were great! With the Sunday in mind, I swam the first one pretty steady, was a busy lane so I ended up accelerating a fair bit to pass people which is probably reflected in the 1hr25 (long course) finish. Probably a bit too hot considering but done now! Great to meet fellow ambassador (and work colleagues partner) for the first of her 5k’s. 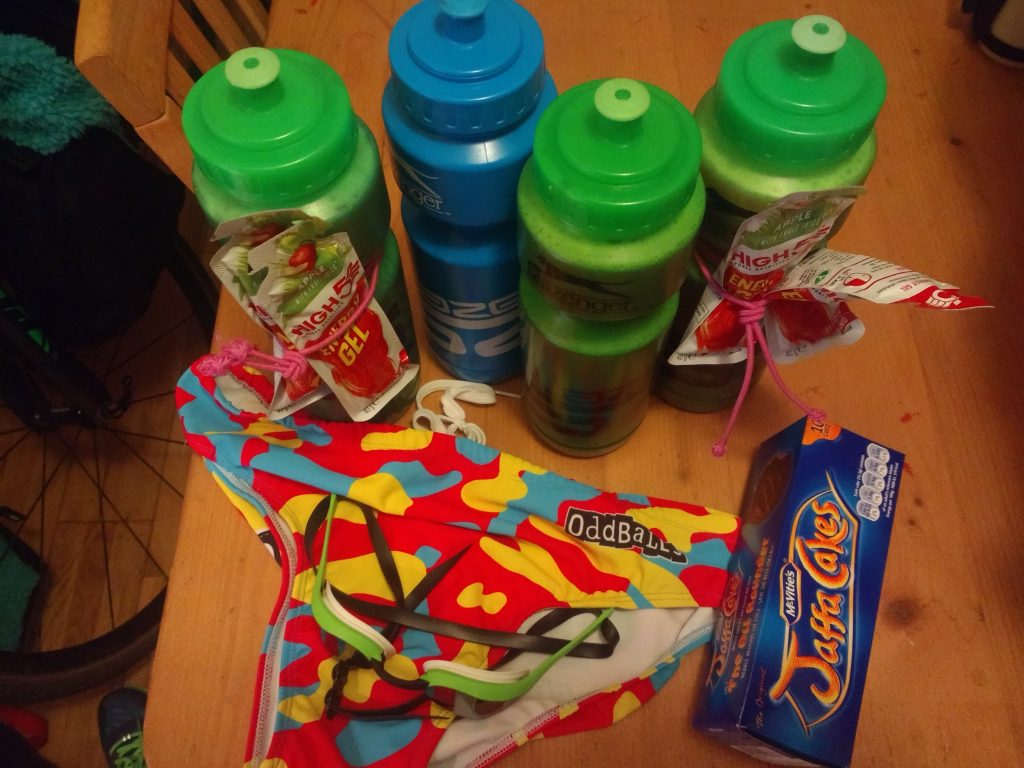 Second day was short course for the first session, a short break then long course for the afternoon. My friend and all round super swimmer Sian was in the lane next to me, with the same plan, swim through. The morning session was great, I felt I had a pretty strong swim, wasnt too busy, soon it was just me and Sian left. At the end of the morning session I’d done 11,650m in 3hrs 20; Sian was a few hundred metres ahead of me on 13k. We had to get out the pool while they switched it round so probably spent half hour sat on the side; I felt great when i got out but getting back in, the fatigue was starting to kick in a little bit! We had decided to do another 5k straight but were now long course and I had Sian and Sam in my lane. Where as I was feeling tired and slow, Sian was on a whole different level and steamed off into the distance, Im sure she swam that (long course after 13k) faster than she had been swimming in the morning. Not sure if she had been sandbagging or had better things to do but either way it was a very impressive swim! My total was 16,650 in 4hrs 51. Four in 2days! 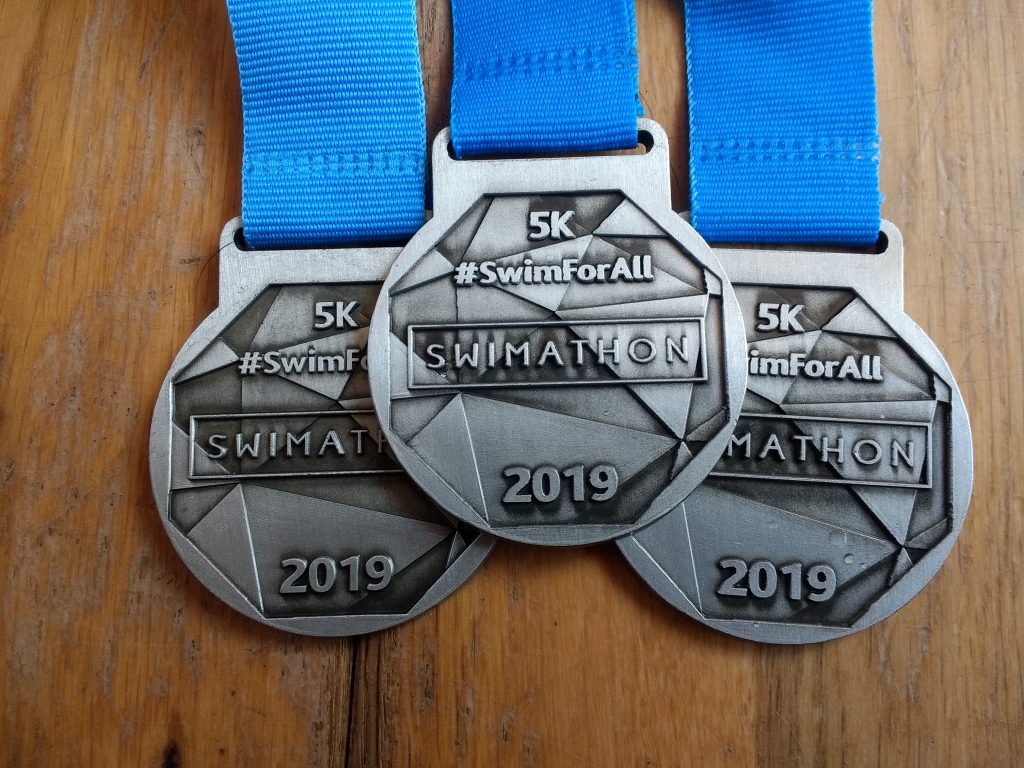 Next one was the following Friday where I had another double session for 15k and a 5 the next day with my dad! The week was spent recovering, replenishing the body and sea swimming!

Friday 29th, early start, double session. My friend and channel swimmer Cath was in for the double with me…but she hadn’t been training long since the channel. The sessions this time were going to be straight through so no gap, conscious of tomorrow, I swam it steady for a 4.39 finish. Cath was a fair bit slower but considering she had very little training on board, put in such an unbelievable effort to finish it, top work! You can only officially do one swim per session…so to do what we had done, you had to sign up for one swim as a ‘myswimathon’, to be done in your own time…with the medal to be posted out later. Cath was not having this and argued til she was blue in the face she deserved the three medals there and then!! She won…!!

Sat  30th, up to Hereford to swim with my dad! A bit of parkrun tourism first at Hereford race course, then off to the parents. He had signed up to the 400, I was 5k. When the pool had sent out the lane order, he was at one end, I was at the other. Fine. Turn up at the pool and they had tried to be helpful and put us in the same lane…but only us. That was fine, just the two of us itthis was supposed to be the difficult swim, 15k yesterday, 35k in the last 7days. Somehow it didnt turn out that way. Started off just me, tri boys in the next lane so the pace was a little hotter than it maybe should have been…but if youre in the lane next to me, we are racing. With a ten minute headstart, the old man got in. My pace was a fair bit quicker than is head up breastroke but was pretty easy to cruise past….although maybe slightly annoying for him!  I knew I was swimming fast but thought I’d just carry on and see what happened. Swimathons ethos is swim for all….my bad, suddenly the little devil in the back of my head pipes up, Dad is getting out in ten minutes, you’ve got the lane to yourself. Do it. PB it. Go! Not entirely sure where it came from but I didnt drop off and knocked out a 1hr 20 and a handful of seconds, well happy with that after yesterday!! 8 in 8days. 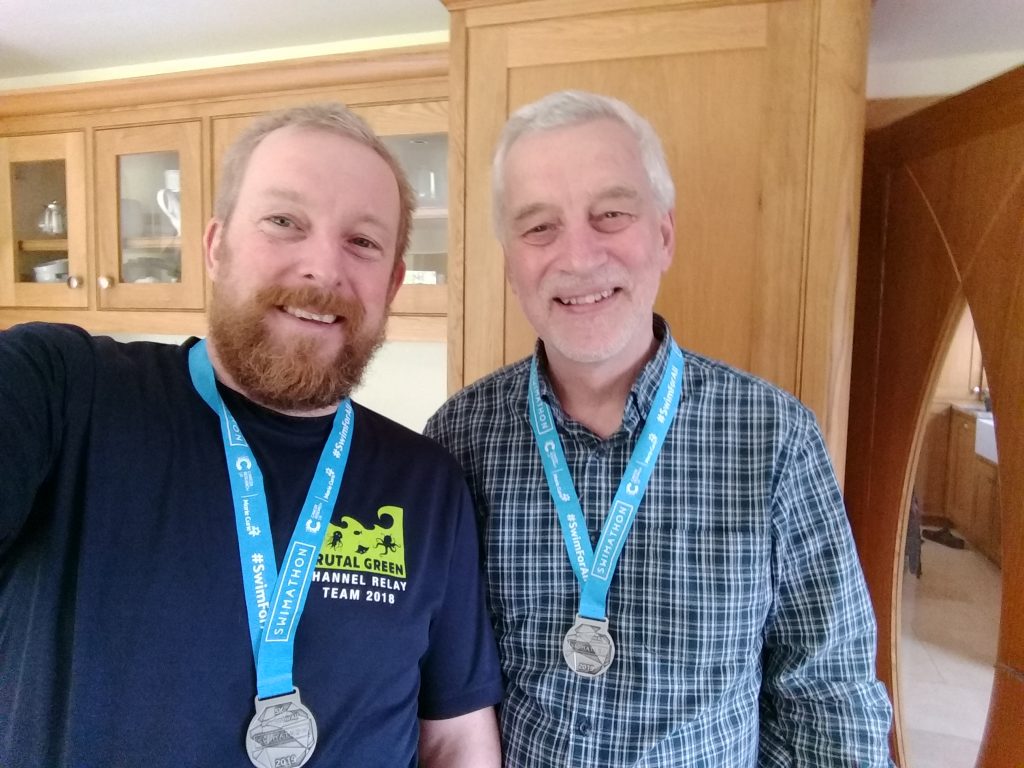 My friend Ros had been away but had signed up for Cardiff the following weekend. Her plan was 15k sat, 15k Sunday. I had Guildford firmly in my mind and resolved to swim just the 5k each day, I’d done enough, taper. It was an afternoon swim so Parkrun to start then shoot to the pool; Ros had already done 10k by the time we started. Lane was busy and there was a guy in there who was swimming like lightning!All worked out really well in the lane despite the differences in speed, think I was about 1.25 for that one. As well as ros, Rachael, Justin and Tracy were also swimming 5ks so we went for a well deserved pub meal afterwards! 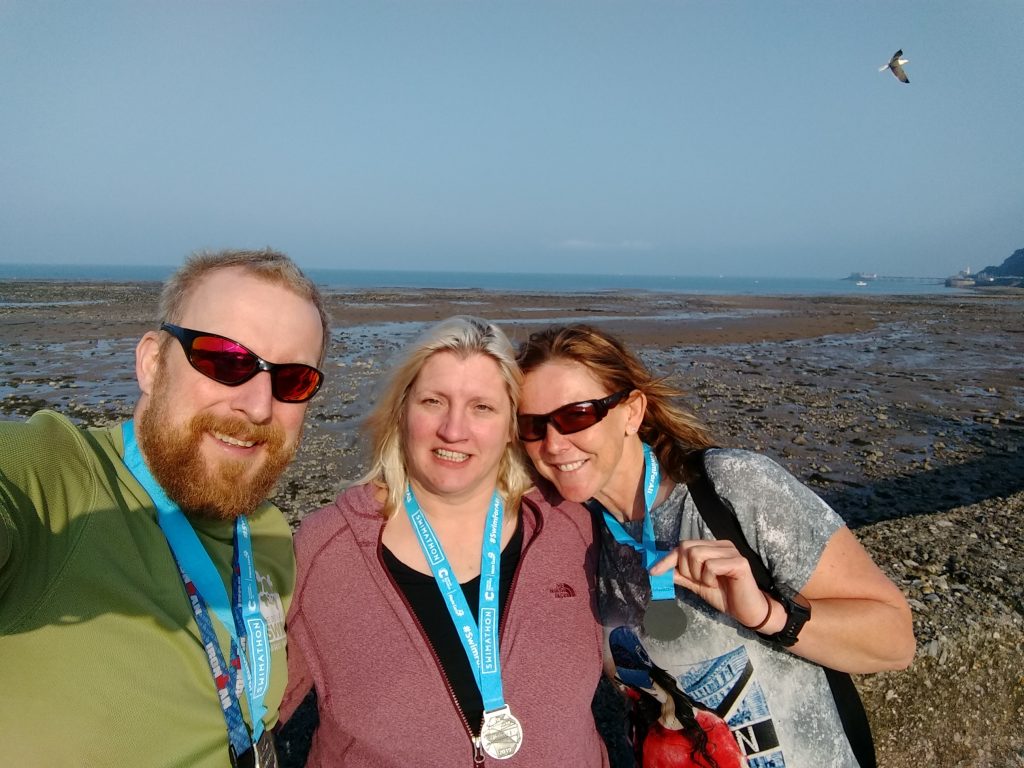 Sunday I swam a steady 5k, again with lightning boy and a few others from my club; Ros had done 5k before and was planning on staying in and doing another 5k afterwards. She was swimming so strong for 25k in in two days, really impressive! I couldn’t let her swim alone so stayed in and knocked out another 5300 I think! It was just the two of us left at the end…but a real impressive achievement  even if no one else saw it! 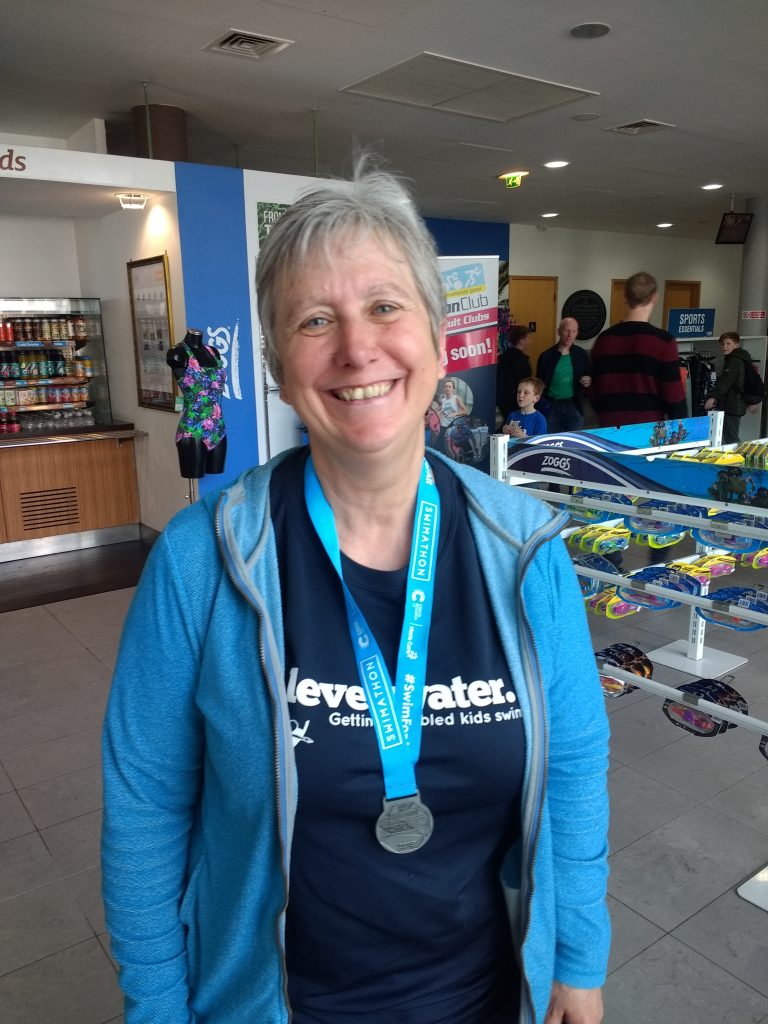 Just like that it was over! 57km in 6 sessions, 17hrs and 1 minute swim time! It was great to have swum with so many different people in the sessions, really have to thank Swimathon for letting me get involved, hope I added something to the party and I definitely had a lot of fun! It was a lot of swims but the circumstances had aligned and it just worked, didn’t really feel like Id done too much so all in all a great booster for G24 in two weeks time.