Got offered a place on a five person English Channel relay for early June off Sea Leopard; seemed like a great way to refresh the memory with what I am going to have to do in August so I snapped it up!

Paperwork has been sent in, qualifier and medical to go. For a relay its a 2 hour swim in water less than 15.5 degrees…within 1 calendar year of the relay swim. I thought I would have loads to use for this, turns out I was wrong!! Last year the temperature was cold for quite a while, then shot through the roof. Turns out that was early June…so almost all the early season swims of last year that are cold enough fall outside the calendar year. After Loch Lomond in September I dropped the distance massively so don’t have a long enough swim late season after the temperature dropped. Eventually found one that should suffice, a 3hour swim at Oxwich in the Gower with an average temperature of 14.3. Luckily, it was with several friends so I could get them to sign it off. I just want this as a backup, intention is to get a qualifier with the team this year as temperatures allow but worst case, this should let me play! 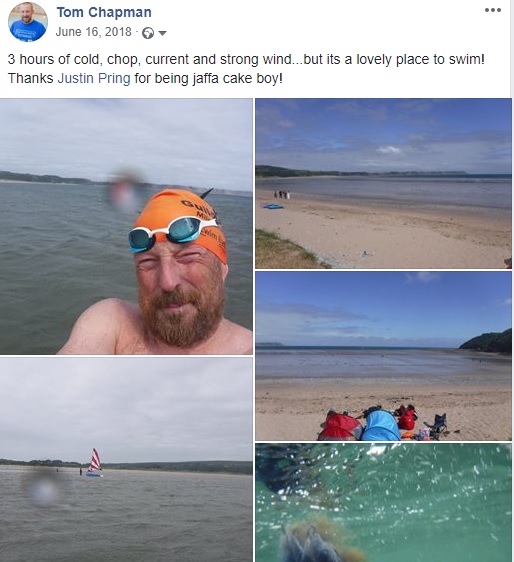 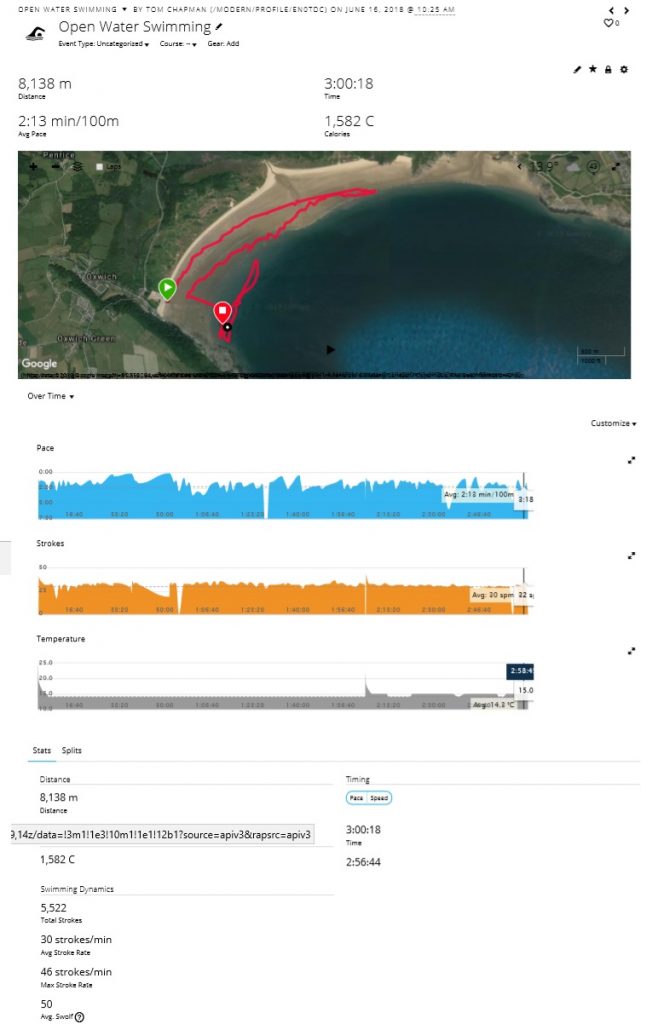 Running through all the garmin data, I was a little bit surprised at what I’d achieved last year in terms of long cold swimming. To elaborate that a bit, the really cold stuff is a different game. 3, 5, 8 degrees, its just a matter of time until you become hyperthermic and eventually die. You need to recognise the signs and get out. At some point on the thermometer, there is a transition to ‘sustainable’…where you are cold, but your body can maintain core temperature. Early season I found this a difficult thing to balance. After a winter of short sharp swims, its difficult to know whether the body is actually struggling (and you should get out)…or you are just cold and miserable and get on with it! Needless to say, that particular game is about to start commencing for 2019; I would like another fresh two hour qualifier for the Relay and I need a 6 hour for the solo.